Shut up and Play 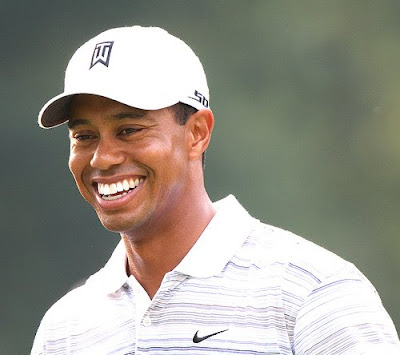 (The Salad Days)
Do you know why I liked Tiger Woods? Because he was a fucking drone. Nobody knew anything about the guy for 15 years except for 4 things:

That's it. I didn't have to think about him in any sort of critical way. He was a god-damned golfing robot and it was fun to marvel at his amazing shots and it was easy to ignore just about everything else, because he was so bland and uncontroversial that there was literally nothing else to pay attention to.
You see... that's what I look for in my celebrities... lack of celebrity.

Tom Cruise was once among my favorite Hollywood stars. He made fun movies, he seemed fairly likeable in an abstract way (the only way any of us regular folks can possibly understand). Then he got Scientology in him and started making a nutcase of himself, and soul-crushing Katie Holmes and NOW I have to acknowledge he's a person with a personality. Not only that, but a person with a personality I dislike. I am forced to admit that he's not Pete "Maverick" Mitchell or Jerry McGuire or Lestat. I HATE that. He's not a good enough actor to make me forget about the couch jumping or the whatever. Unless you're a fucking transcendant talent, you'd better keep a lid on it. Sadly, Tom Cruise is no Jack Nicholson, so we can't forget about every wacked out thing he does. I will admit that he was incredible in Tropic Thunder, but I can't decide of that was simply because I couldn't believe Tom Cruise was doing it at all.

Didn't everyone love Michael Jackson before we knew anything about his personal life and terribly childhood? Why did we need to know that he was a super-freak?

Look... I'm not saying in any way, shape, or form that I condone the actions of any of these people. If Michael Jackson is breaking the law by passing around the Jesus Juice, then he should be in jail and I get why that's news...

Tiger Woods didn't break the law. He got into a car wreck and cheated on his wife. That just makes him a bad person, not a criminal. This is why I'd rather this wasn't news, since it's really not important. I have no illusions and I know that many of my heroes aren't particularly nice people... does it make me a bad person to just wish I didn't know?

I'd rather not know that Walt Disney was anti-Union and that he possibly named names. I'd rather not know that Sean Penn has opinions aside from "Hmm... this role seems really cool" or "I would love to start directing the Walt Disney biopic that is so sorely needed". Sadly, because I know these things (and because I can think), I have to modify my perception of this person... It ultimately may not make a lick of difference...In Penn's case, I happen to think he's so good as an actor that I can somehow look past the personality of Penn himself. In Walt's case, I just think the millions of good things outweigh the dozens of bad, and more importantly... I've invited the information myself having read multiple biographies, so I have nobody to blame but myself.

Tiger Woods is a person who until now I've only had to have one opinion... "Jesus this guy can play some effing Golf". Now, because I'm incabable of not thinking about those things, every time they cut to a shot of Elin in the grandstand I'll be looking for the giant-ass "Kobe Special" (House on a finger). I'll be forced to modify my opinion to include shit that is not relevant to my enjoyment in sports, which is the only thing I want to reference Tiger Woods for anyway.

You know why I love Tom Hanks? Because he keeps his mouth shut, and if he's banging models behind Rita Wilson's back... nobody knows about it. (Also he's fucking great at what he does). You know why I love Johnny Depp? Because when he's done with his movies he goes home to France and shuts his windows and only comes out to act the shit out of whatever project he has next.
Athletes are tougher, because they're dumber, and many of their transgressions of late seem to be actually related to the sports... Steroids especially have totally curbed my enthusiasm.. I'm digressing.

Here's the upshot of what I'm trying to say...

I'm not interested in what any of these people do in their personal lives. I don't want them to talk about it. I don't want to have to read about it. I just want to enjoy watching them do the thing that made them famous. Tiger Woods has removed himself from an elite group of people who have achieved astounding heights of fame solely for being incredible at his profession and for being otherwise so uninteresting that we had only his golf prowess to discuss. He's ruined that forever. Not by doing those things. I'm not naive enough to believe he's the only one. He ruined it by failing to keep that shit private. The one thing he values the most. Now he's just one of an ever-growing group of idiots for whom I have mixed emotions about. I will still marvel at his athletic ability and I will still root for him to win, because it's the only thing that makes golf even remotely followable. I'll also still have to endure endless "Tiger Woods hole-in-one" jokes for the rest of his career. And for that he can not be forgiven. (We certainly can't leave it up to Leno to use some humor discretion.)

I don't want to be forced to acknowledge these people are people. That's one reason I love cartoons... Mickey Mouse isn't fucking Daisy Duck behind Minnie's back. Captain Hook doesn't have a terrible gambling problem. Stitch isn't juicing. I want to look at all of my human entertainment the same way I look at cartoons.

Pure entertainment, no humanity to distract.
Posted by Beefy Muchacho at 2:32 PM

Being good at one particular thing doesn't mean you...

Tiger probably has some admirable qualities beyond his golf swing, but like you, I don't care so much. If he donated 1 million to starving children, I'd start admiring him for qualities beyond golf prowess.

Tiger, beyond golf, is just another guy. Fame and money have put him in circumstances that just-another-guy can't handle.

I'm hoping all the skeletons get chased out of his closet soon-- and this doesn't drag on forever. When this storm blows over I want to watch this guy tear a golf course apart again...

I knew I didn't like him, he was always such a big fricking baby. Throwing his golf club around and saying he had a stomachache or some such everytime he played badly. I never had any suspicions that he was a good person.

Yeah... I mean... I admit to being vaguely surprised about the extent to which he's not a good person, but I don't think I'd ever be completely surprised. I never thought he was good or bad. That was my point... I never thought about it at all, and that's what I'd prefer.