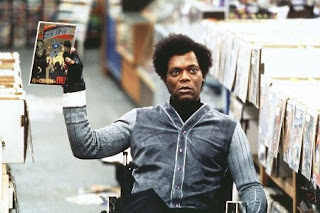 I was listening to a podcast today by Bill Simmons, and he made an interesting reference. He was talking about "Lost" and he made some comment relating to Sun (the Korean lady) going off the P.E.D.s. (Performance Enhancing Drugs) I found it interesting for a couple of reasons...
1) I knew exactly what he was talking about immediately, and it's the sort of reference that wouldn't have made sense out of context even 5 years ago. That feels like an absolutely upsetting factoid to me. Like... I hate that steroids have become so pervasive in our society that they can become colloquial.

2) It's really an interesting usage. He's basically saying that for some reason or another the actress has gone from being really good to really bad for no discernable reason (like Big Papi or Travis Hafner). The clear implication in sports is that these players have gone off the steroids and now are playing down to their natural level (or even worse due to the side-effects of the drugs creating an accelerated breakdown).

You all know by now how much I love my metaphors and the longer it'll stretch, the more self-satisfied I become. In honor of Bill Simmons, here's my list of things that suddenly are off those P.E.D.s. No real discernable logic to the categories... Whatever comes to mind.

Movie Series...
Indiana Jones. As much as it pains me to admit it... The most recent Indiana Jones movie really fucking sucked. I mean... there were things I liked, but I honestly can't tell if I liked them just because they were Indiana Jones related or if they were actually cool. Even the thing at the beginning with the action sequence in the warehouse in Area 51 was cool and fun, but the other night when I watched Indiana Jones and the Last Crusade reminded me how effing awesome it was, and how (if I'm being honest) disappointed I was in the new one.

X-Men... Honorable Mention (Including Wolverine... what a mess.)

Actor
Juaquin Phoenix. Come ON dude. What the fuck happened? You were so great in Walk the Line and Gladiator. You were the only watchable thing in Signs. I just don't get it man... I know you've had some tough times in your life, what with the inevitable comparisons to your brother who was touted as the next James Dean or whatever. But you've gone and got insane. Not even a little. I mean... Sean Penn is a nut, and kind of full of himself in a totally insufferable and no-self-awareness kind of way, but he's stayed strong throughout all of the bullshit. If you could have seen yourself acting like Bobby Fischer on Letterman... that shit makes me sad. You've got skills.

Actress
Kate Hudson. This isn't exactly new ground, I realize, but Almost Famous was so, SO good. I realize that's a lofty bar to set for yourself right out of the gate, but Bride Wars and those horrible...HORRIBLE rom-coms with Matthew McConaughey (sp?) aren't exactly doing you any favors. I get they're popular, but please do something that's even remotely of the same quality once. ONCE. Are you just not getting any offers? I don't think there's any logically good reason for you to be in a movie with Dane Cook or Jason Biggs. Especially when you're not getting top billing. YOU WERE NOMINATED FOR A FUCKING OSCAR. God.

Television Show
The easy answer here is Heroes, because the first season was so good, and the next 2 seasons have been uneven at best, and at worst pretty effing bad. However... I'm gonna go with a far more universally beloved show... Scrubs. I'd put the first 3 seasons of Scrubs up against literally any show on television ever. It had everything... Hilarious episodes that make you laugh over and over again. Really, really emotionally effecting episodes that made you want to watch it again because you were just spellbound. And then... I don't know what happens. Season 4 wasn't BAD exactly, but it wasn't good either. It's almost like they read a little too many of their own press clippings (I'm talking to you Zach Braff). Actually... I take it back. I know exactly what happens. Zach Braff starts reading his own press, takes more creative control over the show, and loves himself just a little too much. J.D. became an imbecile. The supporting characters became more and more one-dimensional. It just started trying too hard. Yes... they've gone through a bit of a renaissance this year after they jumped to ABC, and yes...they're coming back again with no J.D. at all, which is only a positive, but it went from being a great show to being a decent show. That makes me sad.

Directors
M. Night Shyamalan. Another no-brainer for me... His first 2 movies are, in my opinion, masterpieces. Not everyone agrees with me entirely about Unbreakable, but it's one of my favorite movies. Either way, The Sixth Sense and Unbreakable both are great flicks. And then... we all realized what a one-trick pony the guy is. It's all about the twist with him. Once people started going in expecting the twist, they got exactly that and then where's the fun. The film-making itself was pretty strong still, but the stories just weren't. A lot of people say that he should try his hand at directing someone else's material. I dunno... You start off with "He's been dead the whole time!! Holy SH!T!!." and you get to "Samuel L. Jackson is a bad mother fuc!er!!" there's nowhere to go but down. The biggest tragedy is... both Signs (they're afraid of water?? BOOOO) and The Village (It's modern day?? BOOOOO) were good before they got to the twist and the twist is what fucked them. It makes me pretty mad just thinking about it, because his shit-face movies the past 10 years have basically queered the apparatus when looking at the good ones he made before that.

Tomorrow? The people who have gone the other way. We'll call them the Brady Anderson Awards...or the Bret Boone Awards.. The people or things that have suddently, and without warning gone from being pedestrian to being unstoppable for no reason at all.
Posted by Beefy Muchacho at 2:31 PM