I wish I could Cook like these Crazy-Ass People 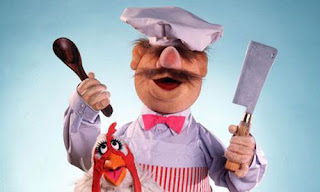 As I always seem to do when I can't figure out what to blog about, I'm going to blog about my favorite television shows...

This is the Top Chef Edition

I have never been an enormous fan of reality TV, but I've occasionally been sucked into a season or another of some show... I especially enjoy competitive reality shows.

I used to love American Idol, but Adam Lambert ruined it for me. I'm fairly certain that he can never be topped, so I just decided to stop watching.

I've started gravitating toward the competitive shows that don't rely on strategy... The ones that are taken one episode at a time. Basically, I don't care about personality for personality's sake. I like having people to root for, but I want them to win because they are good at something or another, not good at plotting and scheming.

So my current favorite reality show is Top Chef.

I fucking love Top Chef. It's the only reality show that's been a staple of my TV watching for the last few years. Top Chef combines a perfect combination of people who have a skill I wish I had time to develop, interesting challenges, and contestants with just enough arrogance that I find them entertaining.

The current season is "All Stars", and I think All Star seasons kick ass. There's no catch-up time to learn about the people, and in these kinds of shows, there's at least a small expectation of heightened quality... I mean the people all lasted long enough in their respective seasons to become "All Star" worthy. Richard Blais is among my 5 favorite reality show characters ever. He's super cocky, but also seems to have a bit of self awareness and the ability to be amused by things. He's got serious skills. If he doesn't win, I'm fairly certain the show is a sham. He should have won his first time around. (And yet, oddly, the winner of his season, Stephanie, was also pretty deserving. Hence, the beauty of Top Chef).

The original Top Chef is excellent indeed, but not by any means the only good version.

Top Chef Masters has the same qualities as the regular version, but is enhanced by the established success and virtuosity of the contestants. It's amazing to watch incredibly talented, successful people break the hell down under the pressure of television. There's a special thrill in watching these chefs, who are usually older and occasionally know each other from out in the real world (at least by reputation) throw down against each other in challenges similar to those many of them have judged as guest judges on Top Chef (regular edition). Also, as opposed to some Top Chef winners (Ilan Hall, Hosea Rosenberg) who not only seem just barely good enough to win, but dropped off the face of the Earth after, each and every contestant on Masters a legend. If I want to eat some Rick Bayless food, it's not a matter of figuring out where the hell Rick Bayless is, but deciding which of the Bayless restaurants to check out.

It's un-fucking-believable. I admit that at least a portion of my enjoyment here has nothing to do with the actual challenges. As far as I'm concerned, there's a limit to exactly how interesting high end pastry can be. It's harder to imagine the flavors than it is with regular food. The most interesting desserts (in my opinion) are the baked goods that all of these pastry chefs look down upon (like cookies, cake, and pie).

But the crazy? The crazy is oh-so-delicious. The thing I learned about pastry chefs is that they are all either insane misogynists, insane bitches, insane mama's boys, or just insane. I don't know what it is, exactly, about pastry that turns people into raving, bitchy, horrid human beings who don't seem that they'd be able to function in society otherwise, but damn... they make good TV.

I can't really describe it all in words, so here...

Okay... So I realize you don't really get even the remotest taste of it... just the very beginning, and I have searched and searched for the rest to no avail, but I can tell you that it included him screaming the words 'I did it for my mommy!" and clutching the guest judge.

I think my favorite thing about this is that it happened in the 2nd episode... Not after weeks of pressure building up. This guy was insane going in. And not just kind of wacky, but rather absurdly, amazingly absolutely fucking insane.

So watch Top Chef. It's awesome.
Posted by Beefy Muchacho at 10:01 PM 2 comments: 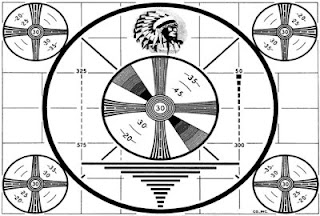 Does anyone else think that Netflix online streaming is the greatest effing invention ever?

I love it for a couple of reasons...

I've discovered some really excellent TV series that I either never got a chance to see while they were on at all (Dollhouse) or never would have been able to catch up through re-runs (Eureka). Well... when I say "excellent", I don't really mean excellent like The Wire was excellent, or Six Feet Under. I mostly mean excellent in that sort of campy, cheesy way.

Dollhouse especially is both terrible, and wildly entertaining. Filled with this insane mix of great acting by completely unknown people (Fran Kranz and Enver Gjokaj are especially awesome. Those are real names. Oh... and there's bad acting too. Eliza Dushku is hot, but just horribly, horribly bad. It's sort of the de-evolutionary Alias in a way.

On the other hand, Eureka is just this awesome little sci-fi show with horrible, wretched disasters befalling this town full of geniuses. I am currently waiting for Season 4 to come available online, so I don't have to use the DVDs for it. I assume Season 5 is going to be starting soon on TV, and I'm looking forward to starting with it.

You know what else is awesome?

Some day I'll have more to say again. I promise.
Posted by Beefy Muchacho at 11:24 PM 3 comments: