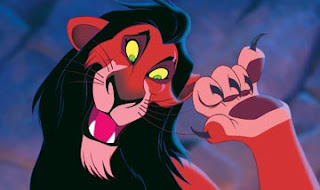 I'm very excited to announce that my old website http://www.beefymuchacho.com/ will be back up and running again soon.

There you'll be able to listen to pod-casts and enjoy some other more random stuff that I'm doing and working on that doesn't quite fit here.

Just working on re-doing the layouts and revamping. It was originally there as a test site for items on SiteRightNow.com who has agreed to host the site for free.

I'm especially excited to be unveiling a new logo partially designed by Tony Doench, a friend of mine from my theatrical exploits.

More on here soon. Probably about the Reds. Or Disney.

Why Scar? Because I said so.
Posted by Beefy Muchacho at 1:04 AM 2 comments: 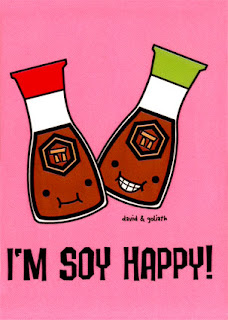 Alright so there are a couple of things that I've been stewing about for a while, so I figure I may as well get it out there on the table. Mostly these are things that there seems to be an agenda by the general populace to make me believe something that no matter how hard I squint, I just can't make myself buy in...

I am tired of Soy Milk. Not even because it's gross. I mean... it is gross, but that's not why I'm tired of it. I am tired of it being called "milk". I know this is sort of a bit from Meet the Parents or whatever, but when last I checked the soy bean did not possess a teet. While I was in that field, checking for teets on the soy plants around me, I also went ahead and checked my dictionary (that I carry with me) and noted that milk is a liquid secreted from mammaries. So I'm gonna go out on a limb and say that No teet = no milk. I think it's a good bet that if they (you know who I mean) weren't so intent on calling it MILK, I'd have a much more positive (at least neutral) feeling about that shit. I mean... call it soy juice or something. Soy Juice is at least not a total lie. Same with coconuts. Those black circles are not nipples. There are no baby coconuts suckling it's damned mommy coconut.

While I'm on the subject of calling things by the wrong names in order to make them seem more appealing, I have a couple of other beefs (not actual beef... a complaint). I was watching TV and there was this chick on there who was an expert on raw foods. This is the sort of insane shit that makes me worry for society, because how can a person determine that veganism is too fucking loosey goosey, so they're just gonna eat foods that aren't even fucking cooked. There are rules too... like anything heated over 120 degrees or something is off limits. So anyway, this nut is making lasagna. I know what you're thinking... Isn't lasagna baked in an oven? I sure as hell thought so. Well not this "raw-sagna" That's right. Fucking raw-sagna. This lunatic is mashing up sunflower seeds with oil to make a "pasta dough" that's totally raw, and she's mashing it all into a baking dish (the irony of which is totally lost on this idiot. So again... it's not fucking lasagna. It's something edible probably, and probably not entirely disgusting, but by calling it lasagna and then submitting that shit to me is only certain to make me so fucking mad at you that I'll never eat it in a million bajillion years. Why adopt a perfectly delicious, beloved food's name as your own for your disgusting hippy science experiments? I bet I'd be happy to give it a try if you hadn't just shoved that slop in front of me and claimed it was lasagna...excuse me... raw-sagna.

You know what else is a fucking lie? Dancing With the Stars. Alright... I'm going to start this off by naming a couple of people... Marissa Winokur, Albert Reed, Stacy Kiebler, Kelly Monaco, Shanna Moakler. Who are those people? Those are contestants on "Dancing With the Stars". Now... prior to their appearances on the show, I'm pretty fucking sure 9 out of 10 people would not be able to identify who any of those people are. Seems like calling those people "Stars" is akin to calling me a star. I'd probably be a star after I was on the show, but even that isn't a sure thing, because I couldn't tell you who the fuck Albert Reed is if you put a gun to my head. They've had almost every past boy-bander except for the legitimately famous ones. Where's Timberlake? They've had every over-tanned aging 70s actor...Where's Redford. I mean... it's fine if they wanna have a ballrooom dancing competition... but c'mon... let's not pretend that anyone knows some of these people, let along that these people are stars. May as well bring in totally random people pulled out of a hat...

How is that not So You Think You Can Dance? Well... the people on SYTYCD have to know what they're doing. Even the worst one on there is the best dancer you'd ever see in person. On the other hand, the worst dancer on DWTS may have a heart attack or drop dead or at least fall down. They should call it "Usually Rhythmic Movements with People You May Vaguely Recognize". It's a bit clunky, but far more accurate.

You know what else pisses me off? Did you hear that a MAN gave birth last year? I did too! So imagine my surprise when I got a load of that "dude" and that "dude" turned out to not be a dude at all. It's...wait for it... a WOMAN. That is not news-worthy. Not at all. I can't fucking believe that Barbara Walters had this woman on as one of the "Most Fascinating People" last year. I asked someone at the time why this person was so interesting, and the person I asked said "It's a man who gave birth! It's crazy!"

"No. They say it was a natural childbirth."

"No no... They're a pre-op trans-sexual. They still have the woman parts."

"Wait...so you're saying that this person who is a woman gave birth as millions of women do every day?"

"Yeah, but they're getting a sex change."

"But they haven't yet, right? Right now that's a woman. Right?"

I mean...has ever a lie been more ridiculous and easily disproven, and yet totally accepted by everyone in the whole fucking world. Like... COME ON PEOPLE. There's nothing interesting about this person, aside from perhaps the psychology behind having this strong emotional need to become the man they believe they are, and yet also wanting to give birth. I don't want to hear about this person anymore, and yet I have to because SHE is pregnant again. Where's the news coverage? Shouldn't there be a Pregger-Dude Cam just like they've got the Panda-Cam or whatever? I want daily updates! I want to read about how this medical miracle is against god! I waaazzzzzzzzzzzzzzzzzzzzzzzzzzzzzzzzzz. Sorry.. it's just not even interesting at all. There are 2 women I know who are pregnant right fucking now. Should I call the news?