Ramblings of the Night Shift 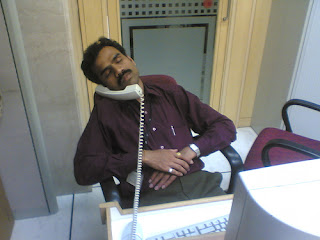 Friends! I have returned.

I apologize for the long absence, but I’ve recently changed companies, and I’ve spent the past month training and preparing to be a full time “Third Shifter”.

You all may think I’m a little crazy, but it’s definitely a change for the better. I loved my old company in a lot of ways, but the time commitment was getting to be too much, and too much of a strain. This may be an overnight shift, but the time outside of work is so much less that I just had to take the opportunity.

Not to worry, though… You, my wonderful readers, have been in my thoughts. Now that I’m all adjusted and whatnot, I’ve thought of a new feature for the ol’ blog. I call it “Ramblings of the Night Shift”.

These will be my mostly unedited, free flowing thoughts that I have as I experience the permanent jet lag of working from 10pm to 8am for days at a time each week. Don’t expect the longer form type stuff I generally write, though those will hopefully come around as well. These will be shorter and probably incongruous. So… ENJOY!

What kind of moron does Jerome Simpson have to be? The guy FINALLY gets his chance to be a starter, and potentially a big-time producer for an NFL team. The guy has got to be making 500K a year if he’s making a fucking dollar, and he’s moonlighting as a fucking pot donkey. The guy had SIX POUNDS of pot in his condo. The Bengals have drafted some real idiots in the past, but if these things turn out to be true, he’s definitely the dumbest one. That’s right up there with Donald Little torturing his roommate with a hot coat hangar, or Art Long punching a horse… I’m troubled that the only really dumb crimes I can come up with were perpetrated by UC Basketball players…

I’m starting to worry about how I’m going to use the bathroom. Not like… in general, but at work. I’m the only person here, and part of my performance is charted by how many phone calls I miss during a shift. The phone isn’t going to ring off the hook or anything, but that makes missing a call even worse. I’m not totally sure I can go 10 hours while also eating my scheduled small and nutritious snacks (as advised by the TM) and my scheduled lunch. Plus I have to stay hydrated. I’m actually starting to have a little mini panic about it. I like going to the bathroom. I don’t like holding it.

The Charlie Sheen Roast is playing behind me in another department. Charlie Sheen is a total lunatic. Not in the funny way. I am glad the fervor faded at least a little since the total blow-up over the winter. What a mess that was. Anyway, I’m getting distracted… I don’t understand why the roasters always pick on each other more than they pick on the roastee. It seems kinda dumb. There was a pretty funny guy named Anthony Jeselnik. Nobody knows who the hell he is, but he was fucking hilarious. I will be looking up more of him. (Apparently he was named one of the top up and coming comics of 2009… like anyone keeps track of that bullshit).