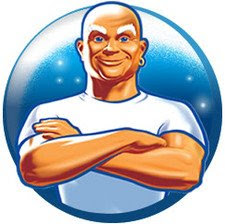 My writing group has assigned the following:

Write an A, B, C Poem about what I want.. Titled "I Want". This is a 26 line poem where the first letter of each line starts with the next letter of the alphabet. You'll see how this goes.

First, let me just say that I don't understand poetry. Not at all. Not in the least. I am bad at it. I can't identify good versus bad. I just.. I dunno.

In fact... I've now started it several times, and I just can't make it feel right. In the meantime my friend Samantha (who may just be my favorite person) was talking about this and that and she gave me this idea about a pothead girl who has these tendencies toward being super, super tidy. This idea kinda entertained me and I told her that I'd write a poem in her honor about a Tidy Pothead.

So since I kind of realized that it might be kind of fun to live with a Tidy Pothead, I'm doubling this as my "I Want" ABC Poem.

I Want (A Tidy Pothead)
by The Beefy Muchacho

Afternoon breezes dissipate the smoke
Blows around, mixing with the air purifier.
Cleanser aroma in the room from a morning of scrubbing.
"Dude. You look like Mr. Clean." she muses..
Evoking the god of cleanliness.
"Feet off the couch please." she murmurs

Ganja packed into a glass bowl.
Holding it to her lips, she flips to Animal Planet.
I can't help but look at her and smile.
"Jesus... Lemurs are fucking amazing...
Koalas are too. I love those fuckers."
Laughing, I place my soda on the table.
"Make sure to use a coaster." she says.

Next to me carry-out menus
Ordered and arranged perfectly by size
Papa Johns then Mr. Wongs then Burrito Joes.
Quarters in a neat stack for the laundry
Right by the sack of herb
Seeds meticulously separated.
"Time for some Fritos"

Unhesitating, she bounces upward
Vapors from the bong lingering in her place.
Waving at the smoke, she grins... Contented.

Xanadu in the living room. She turns back.
"You really do look like Mr. Clean." she grins wickedly.
Zigzagging to the kitchen, straightening a picture as she goes...

On a side note, Michael Phelps: AMERICAN HERO was just caught smoking pot... And nobody should care. In fact, if smoking pot can make someone do what he does, I think people should think about legalizing it and packing it in school lunches.
Posted by Beefy Muchacho at 11:57 AM

Email ThisBlogThis!Share to TwitterShare to FacebookShare to Pinterest
Labels: I am the coolest, Michael Phelps, writing exercises

OH MY GOD you mean when he smoked pot he didn't sink into the couch while his shadow waited by the swimming pool????

I liked the poem. I've been trying very hard to become a tidy pothead. And I think I'm doing a pretty good job!

No... there was no sinking into the couch. It's a little unclear as to whether the dude in the story actually smokes. I just like the part about the Koalas.

I didn't think that the guy did. I actually had it in my head reading it that he was her friend but he liked her but she was only interested in pot (so she says).

Samantha. I knew it before I read past the title. Haha.