I see a lot of movies. 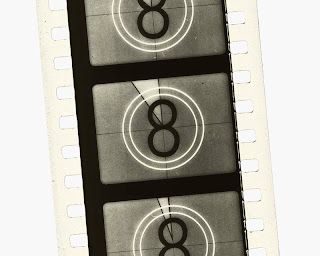 One of my favorite things I did this past year on my blog was track each and every movie I saw in the theaters, and rank them as they came in. I was always curious as to how many movies I saw, and I was also sort of interested in seeing how I'd rank movies if I had a continuous flow-chart sort of thing where I listed them.

I'm very pleased with how it turned out, and I will definitely be starting a new list for 2011 soon.

So... Without further ado, a look back at the best and worst from my perspective, based only on the movies I saw.

Best Actress:
For me this comes down to three.
Natalie Portman in Black Swan is likely going to win the Oscar, and she definitely would be deserving. I didn't totally love the movie, overall. It felt... kind of unfocused. It seemed like it was trying to be different things. That doesn't make her performance any less incredible. She killed it.
Anna Kendrick in Up in the Air. I know that technically this was a 2009 movie, but I saw it in 2010, and it didn't get wide release until then. So there. Anyway, she was nominated for Best Supporting Actress for this movie, and really I think she was robbed.
Hailee Steinfeld in True Grit. Ten minutes into this movie I knew this girl's performance was special. She was totally badass and she stood toe to toe with Jeff Bridges, Josh Brolin, Barry Pepper, and Matt Damon and made them all have to rise to her level. She rocks.

Honorable Mention:
Anne Hathaway in Love and Other Drugs

Best Actor:
I mean... I don't think there were any truly transcendent performances by men this year.
Jeff Bridges in True Grit was great, and I firmly believe the guy makes a case for 2 wins in a row, after Crazy Heart last year. I wasn't the fan of DiCaprio's performance in Inception that many were. I felt like Joseph Levitt was better. Gyllenhall is good in Love and Other Drugs. Jesse Eisenberg is good in The Social Network. Just... I don't think anyone really stands out more than the others. I think I'm gonna have to go with Clooney in Up in the Air. Best movie of the year in the non-Animated category. He was great. And he has mastered the "The same but different" thing. I loved that movie.

Worst Actor:
Gerard Butler in The Bounty Hunter or, as much as I hate to say it... Will Arnett in When in Rome. I've talked about how much disdain I have for Gerard Butler before. He's horrid in every possible way. It makes me super sad, though, to report that Will Arnett's schtick is getting old. He was awesome as Gob Bluth. He was funnier than anyone knows in Lets Go to Prison. But as funny as the guy is, he's limited, and it seems that his limits have been reached. Sad.

Best Performance in a Shitty Movie:
I'm gonna go with Stanley Tucci in The Lovely Bones. I probably wouldn't go so far as to call The Lovely Bones shitty, but it did solidly fall in the lower half of my list. Stanley Tucci is generally awesome, and almost always excellent. I don't know what it is about him, but he's always awesome. He was awesome in Burlesque too. His performance as a terrifying serial killer was one of the creepiest things I saw all year.

Worst Performance in a Good Movie:
Man... I mean.. maybe Nicholas Cage in Kick Ass? Or Nicholas Cage in The Sorcerer's Apprentice. Hard to say. And funny enough, Good Old Nic Cage kicks ass in both of these movies. I can't think of anyone better in either role, and he is SO, SOOO bad. It's like an effing M.C. Ecsher painting.

Best Cameos:
TIE: The Rock and Samuel L. Jackson in The Other Guys. One of the most drop-dead hilarious bits in any movie this year, and I can't say any more or else I'll spoil it.

Non-Disney movie I'm Most Likely to Buy on Blue Ray:
This eliminates Toy Story 3, Tangled, and The Sorcerer's Apprentice, so... I think I'd be really torn between Kick Ass and Scott Pilgrim Vs. The World. There were definitely better movies. Up in the Air, True Grit, Inception. Still... knowing my personal tastes in at-home-viewing, I think I'd be fairly unlikely to regularly watch those heavier flicks. Kick-Ass and Scott Pilgrim are both total nerd dreams, and a ton of fun. That's pretty much what I like. Something not too deep. These weren't deep, but they were a blast. If forced to choose, I go with Kick-Ass.

Worst Picture:
I don't know... I think I'd have a hard time thinking of a worse movie than The Bounty Hunter. Not just this year, but ever. I mean... I know it's not the worst movie ever *cough* Titanic *cough*, but it is really, really bad. Not even a close second on this list. Daybreakers, my 2nd lowest rated movie features a fairly entertaining premise and a fairly entertaining performance by Willem Defoe. They can't save it from Ethan Hawke, but it wasn't a travesty. The Bounty Hunter was a travesty.

Best Picture:
Generally, I think it was a strong year for movies in the "good but not great" range, but not nearly as strong on the high end. If I had to vote for Best Picture of the movies I saw, I'd be hard-pressed not to give it to Toy Story 3, which will never ever win. It was the best movie I saw all year. It was hilarious and deeply emotional. It had a great story. It was beautiful to watch. It was definitely the most great of any of the really good movies I saw this year.

What about Hot Tub Time Machine? Was it just in the middle?

Even though I was especially excited for Hot Tub Time Machine, the time travel details of it made me totally insanely mad. That said, when I started thinking about performances and actors and stuff... I barely remembered the details. Except for that dumbass "inventing" Google, even though he had no tech knowledge whatsoever.

This was really entertaining to read. And yes, I agree with you about The Bounty Hunter; I remember commenting on my own blog how I fell asleep watching it.