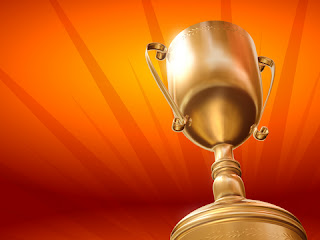 I’m back for Part 2 of my 2011 Movie Blog Extravaganza! Also known as the less intense and overwhelming portion.

In Part 1, you may recall that I talked forever about a lot of movies. Some good, some bad, but most importantly, I talked a lot.

Part 2 will concentrate on the Golden Muchacho Awards. They’re basically like the Oscars, but way more prestigious, and far more fictional.

Best Supporting Actor:
Patton Oswalt, Young Adult
Okay, so I hated this movie a lot, but Patton Oswalt somehow rose above the fray to put in one of the better performances of the year, supporting or not. I would have enjoyed hanging out with him in his garage, drinking Jawa Juice or whatever it was he was making in those barrels.

Best Supporting Actress
Anna Kendrick, 50/50
I believe Ms. Kendrick is now a 2 time winner of this award. It’s possible I’m not totally rational when it comes to her, because I find her totally fascinating, and really really talented. In any case, I thought she was excellent in this movie, as the reluctant love interest. She managed to play the character’s struggle between all of these conflicting emotions so well, and so believably. I mean… I would not have wanted her as my therapist, but that may have kinda been the point.

Honorable Mentions:
Shailene Woodley, The Descendants
Bryce Dallas Howard, 50/50
Judi Dench, My Week with Marilyn
Maggie Smith, Harry Potter 7 pt. 2
Elle Fanning, Super 8
Weirdest Performance, Female and Male Respectively
Carla Gallo, We Bought a Zoo – A truly bizarre performance and an equally strangely written role. Gallo tends to play relatively likeable characters, but this one wasn’t at all. It was so weird. I didn’t understand the animosity she had, and it just seemed horned in to create some sort of drama.

Mickey Rourke, Immortals – Man… this dude is totally crazy. I mean, I get that he was playing this crazy horrible villain, but he kept spitting on the ground and into things. Big pieces of fruit or whatever he was eating. It was so clearly a character choice he was making that was just strange.
Biggest Waste of Good Actors

Pirates of the Caribbean – Depp, McShane, and Rush in the worst movie of the year.. This is the CLEAR winner. There are no runners up.

I refuse to list Twilight, because that’s literally the only goal of the producers of this movie, and they still fail. I won’t even go into how the vampires are supposed to be the most beautiful creatures on Earth, and um… Not even close. Did you see how butchered Maggie Grace was? Yikes.
Toughest Scene to Watch

Water for Elephants – The beating of the elephant. There’s only one other possible choice, and I’ll mention that too, but this one was the only scene that I literally had to look away. I don’t know how they did it, but that was some super disturbing, super realistic animal cruelty. Don’t want to see it ever again.

Girl with the Dragon Tattoo – Rape of Lisbeth / Lisbeth gets her revenge. I mean… I don’t want to spoil it for people, but the horrible rape scene, followed by the subsequent revenge was pretty damned disturbing.  I’ll just say that while it was sort of enjoyable to see Lisbeth give that pervy guy a violent comeuppance, when she shoved that giant silver thing up his ass, and then kicked it. I’m certain the whole theater shuddered at once. That was rough.

Best Individual Scene – Comedy-
Bridesmaids – The Dress Shop Scene. If you haven’t seen it, my describing it to you will just seem gross. Just know that it was really fucking hilarious.

Best Individual Scene – Drama
50/50 – Pre-Surgery. The scene when Joseph Gordon Levitt is heading into surgery, and his fear and anxiety starts bubbling to the surface. A really powerful scene, excellently acted.

Best Actor
Joseph Gordon Levitt – 50/50
Look… This was a man’s performance. He hit every note, and he did it with subtlety and seeming ease. There was nothing showy about it, and it was kind of easy to get lost in the shuffle of bigger name performances this year, but for my money, JGL makes a potentially saccharine, manipulative role and squeezes every bit of humor and pathos out of it. He has 4 or 5 amazing scenes in this movie. Seriously, people. Buy it on BluRay and sit down and watch it. It’s just an excellent movie anchored by a really excellent performance by its lead.

Best Actress
Michelle Williams, My Week with Marilyn
Nobody touches it. She was so good, and so sad as Marilyn Monroe. I mean… I’ve talked a lot in other places about how I see a difference between the biopics where the actor impersonates a person (Ray and Monster as two highly lauded examples) and where the actor plays the person without doing an impression (Walk the Line). I much prefer the latter to the former since impressions seem gimmicky. There are occasional movies where the impression is so good, and so deep that you forget you’re not watching the real person. (Man on the Moon is my favorite of these.). Well.. Michelle Williams can be added to this list. And for the record, Jim Carrey was robbed.