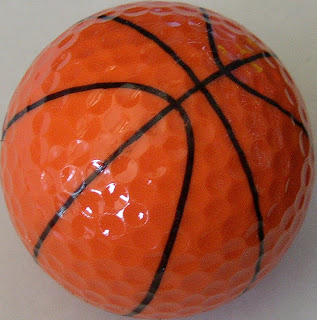 I've been rolling a metaphor around in my head for a couple of weeks. Today, I will try to break it down for my you... my readers.

First a little background. My buddy Dave and I have been known to go to Don Pablo's and talk about all kinds of things, but inevitably the subject would come around to the perplexing world of women. Sometimes it'd be relaying the story of a bad date. Sometimes it would be about something generally frustrating we've experienced in our quest for love (awww). Often the subject of women births a new metaphor. One day dating is like doing laundry is some obscure way. One day it's like grocery shopping. Usually these metaphors are solid but flawed. There's a huge exception or a loophole or it just eventually falls apart entirely. It's mostly off the cuff and just entertaining to ourselves.

Then, about a month ago, something magical happened. I won't take credit for it, because Dave is the lone author of this particular metaphor, but it's so perfect. So... specific that I honestly feel that if he wrote it out in book form, and expanded on it... he'd be rich like those "He's Just Not That Into You" bitches. The following is my interpretation of Dave's Metaphor. He's more than welcome to adjust it if he likes.

In the world of dating, men and women are always playing one of two sports. Basketball or Golf. And of course, even if they'll play both, there's one they naturally gravitate toward. A Golfer may occasionally play a game of pick-up with their friends and a Basketball player might head to the local links to play a mellow 18, but at the end of the day they'll gravitate toward their natural sport.

Let's talk, for a minute, about the differences...

Golfers are generally low maintenance, but even more specifically, they don't want a lot of attention. Essentially... the lower the score the better you do. The fewers shots the better. Female golfers don't want flowers or calls 5 times a day.

So the trick is really to make sure that you are playing the same sport they are.

If you're a basketball player, by nature, you're going to be tossing up 3-point love letters and laying down the text message press, and the flower free throws. Every play is designed to put up more points. That's great if you're playing with a fellow basketball player, but what if the girl you're after is playing golf?

Wouldn't she prefer you to measure your putt twice and putt just once? It's all about getting the maximum result out of the fewest amount of strokes.

Same goes the other way... What if you're a golfer by nature, and your lining up that chip shot and she slam dunks on your face?

Within this metaphor there are side bars. For example... The people who get laid every weekend are almost always basketball players. They aren't looking for a relationship, so they play the game differently. They play like Dominique Wilkins, "The Human Highlight Reel". 'Nique was one of the greatest pure scorers in NBA history. He probably had the tools to be a great player overall, but his focus was putting the ball in the hoop. He wasn't a great teammate. He didn't play much defense (all parts of successful, long-term basketball success). He wasn't really ever a threat to be on a contending team.

That same sort of mindset can be applied in the world of Men and Women. There are the people who go to the bar on a Friday night and say... I'm going to put up as many points as possible. I may win and I may not, but I'm leaving having played full court, up and down basketball from whistle to whistle. I don't even care if my team loses in the end, as long as I get my triple double, I'm good. These people will get laid more than the average person. They'll make the Top Plays on Sportscenter more than average person, but at the end of the season, they're sitting at home watching the Finals on TV and someone else is playing for the ring. (Ohhhh...The RING! That's good.)

A question I had the first time I heard Dave's metaphor is: "Is there a score that is good enough on both axises that you'll be successful most of the time no matter which sport you're playing?"

As a golfer, unless you're on the PGA tour, if you're averaging 80 for 18 holes you're considered to be a pretty good golfer. You may not win every time you and your buddies play, but you're gonna always be in the hunt.

As a basketball team, unless you're in the NBA, if you're averaging 80 points a game, you're a damned good team. In fact, in College Basketball last year, if you averages 80 a game, you'd be 19th in the country in scoring. You'd lead the Big East or the Big 10. You'd be in the mix for sure.

Basically, this is the goal...for me. It probably should be important to know if the person I'm playing with/against is playing the same sport as I am, but I don't think I'm there yet. My goal is to mix in enough layups with chip shots and free throws and drives (flowers, aloofness, cutesy e-mails, ambivalence) that I can put up an 80. If I put up an 80, it's my theory that I'll win most of the time whether I'm playing Golf or Basketball. Sometimes, sure... I'll look like a total idiot when I'm lining up my putt near half-court, but there will be just as many times when I guess correctly and that's all I care about.

I'm not a starter anyway.

Hmm, I dunno, mang. I don't see my self in either of those catagories. Just like a man to try to catagorize us! Haha.

Oh.. I think I'm equipped better than anyone to know exactly what you are. And you definitely fit into one of these.

Oh and PS:
Everyone, not just women, is playing one or the other. And there are different branches on each tree..

In basketball, are you playing HORSE, half-court, 21, shirts and skins?

I could have gone on for much longer.

Well, your basic point was that men have got to play the same one as any given woman, so I only focused on them. It can go the other way too, ya know. Maybe what you think in regards to me was just what I was doing to go with YOU. I think that made sense. But then again, you never think I make sense. So who knows.

Well right...that's sort of what I'm saying. Obviously I'm a guy, so I'm writing it from my perpective, trying to figure out what game the girl is play and matching her, but girls have to do the same thing.

Fair enough but now that I am thinking about it, I have never in my life met a woman who was a golfer unless she didn't like whoever she was with. So maybe golfer = not that into you?

I know a couple of Golfers, though usually they have a little more baggage. Sometimes they're just naturally more wary. I think that's really the biggest thing about Golfers... Wariness.

Dan, you are pure genius sometimes. Thanks for the great talk tonight, always appreciated.

"It's all about getting the maximum result out of the fewest amount of strokes"? That doesn't sound like any guy I know...

This is great stuff Dan. I really enjoyed this piece and the very last sentence is hilarious.

Damn. I don't give men enough credit. This is spot on. And your entirely correct about golfers having more baggage. I've been turned into a golfer. Heartbreak has an uncanny way of tearing your insides to shreds. And there is a possibilty that with age, we all begin to play a little more golf. (I love the fact that you acutally made a graph. A for Effort!) And yes, it's helps to know what sport your playing. I'm not sure how I feel about this "play for 80 and win at both" thing. Seems like a shortcut maybe?

Samantha- Thanks, and any time.

Genkiboy- That's the whole thing about Golf, and Golf in this metaphor. Golfers are looking to get a lot of milage from very few shots. It's a higher percentage play.

Andrea- You're right, playing for 80 to win both is a shortcut, and definitely isn't ideal. The thing I guess I am getting at is that for people like me... it's hard enough without having to figure out which game is being played. As a sort of safety score, shooting for 80 gives us dumbasses a chance. If you go straight for the middle, you may miss a little to one side or the other, but you won't be so far off the target that you're out of the hunt.