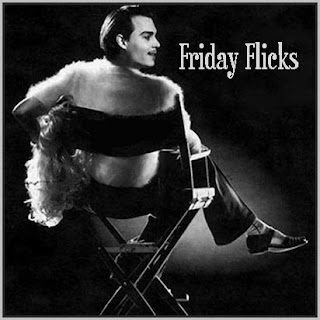 Friday Flicks is tough to get in on time when I'm in a show. I'll have to write a few and have them in the hopper, I guess.

Anyway, I went last week to see the movie "Rent: Filmed Live on Broadway". Basically, they filmed a few performances from the final week of the run of Rent and edited them into one show video. A very well made one. I was moved watching this film as much as I'd ever been watching the actual show. It occured to me that as powerful and well crafted as this particular film was, is exactly how lacking in power and craftsmanship the 2005 movie version is/was.

"Why is this?" I thought to myself. "Why does the same exact material feel so real and honest in one case and so fake and contrived in another?"

I have a couple of theories that maybe are applicable elsewhere, but definitely are focused on this particular case.

Theory 1) Age.
I honestly believe that the biggest mistake they made in making the 2005 film was bringing back the original 1996 Broadway cast for the majority of the roles. I think, largely, that the play is about living the life of the young. There's a sharp contrast made between the adults and the heroes, and I think that's undermined when Maureen is 35 instead of 25. At 25, her attitude of rebellion is pretty inspiring in places, and sort of endearing. At 35 you kinda want her to get over herself. Not that Idina Menzel isn't great, but the ages are important.

The character of Roger, to me, is the best example of this. Roger is infected with AIDS, and his whole "thing" is that he's trying desperately to make his mark on the world before he dies. I think that whole scenario wields more power if he's tragically young. Not that AIDS is ever NOT tragic. That said, my point is undercut by the fact that Will Chase, who plays Roger in the good movie version is actually a month older than Adam Pascal...

Actually wait... I have a better way of explaining it. It's neat to bring these people back, but for me, bringing these same people back, who at the time were all fresh faces and have all moved on to other things... they've been spoiled. On some level the play is about people struggling in their youth, so having these unknowns really adds a level of freshness that was lost when they brought back the original, now successful, now recognizable people. The greatest thing about Rent when it came out was that these people were so real. They were largely unaffected theater outsiders. I liked that.

Theory 2) Style.
Here's the thing... I don't think movie musicals work well. They used to. West Side Story is one of the top 20 movies of all time, in my opinion. The problem now, is that movies in general now strive toward more realism in general, unless they are SUPER stylized (Eternal Sunshine and Across the Universe are both examples.) In 2005, they could have done Rent in a super stylized way and they'd have been more successful. In fact, the play itself is very stylized, so why go from that to creating a "realistic movie with people randomly singing". It's like... Chicago was successful both commercially and artistically because that show is already so much about style and Rob Marshall held on to that. Instead you have Angel singing "Today 4 U" on a Subway train and Mark riding his bike and singing "Halloween" and I just can't deal. It's a contrivance. The "Filmed on Broadway" version was so good because they didn't have to change the stylistic concept. It works already.

Theory 3) Reality.
The movie musicals that best work today are the ones that are about show business or performing or music already. (Hairspray, Dreamgirls, Chicago). They have these built in excuses to sing or dance or whatever. It aides the audiences along with their willing suspension of disbelief. The most common criticism of movie musicals from those not used to that genre is "Nobody just starts singing. How do they all know when to join in?" and shit like that. Movies have the implied responsibilty to be more realistic, and it just isn't. On stage, there's a much greater willingness on the part of the audience to suspend their disbelief. The line between actors and characters is a little murkier. The person in the balcony may not have any clue that Roger is 38. It's pretty easy to tell in HD on the big screen. Angel and Collins singing "I'll Cover You a nebulous "nowhere" place in the show doesn't set off alarms. Angel and Collins doing the same thing on a REAL subway train does set off alarms. When you can see the lights and the scaffolding, you accept that you're not in a REAL place.

There are more theories, certainly, but I guess the main point overall is this...

Rent was a show created to be dirty and unhomogenized and real....or...as real as a musical can be. By glossing it up and taking away it's organic, chaotic quality, it loses it's power. It's anarchic bent that makes it safe for Collins to rewire an ATM machine or for them to break into apartment buildings.

If you've never seen Rent before, do anything you can to see the new "Filmed on Broadway" version. You won't regret it. Then see the other and see if you agree.
Posted by Beefy Muchacho at 11:22 AM

Well I was vastly unimpressed with the 2005 movie version. Having never seen in in live performance I'm going to attempt to take you up on this challenge. Ohh amazon.com!!!

Vastly unimpressed is a very good way to put it. Pretty much my sentiments exactly, which is kinda sad considering how important that show is to me.

It's not gonna be out yet. It was just in the theaters last week, but do be on the lookout.

Another great blog on Rent, although it would be better had my name been mentioned. However, I still haven't seen the actual movie version. Maybe I should get on that.