Glee: A Weekly Stretch of Credulity 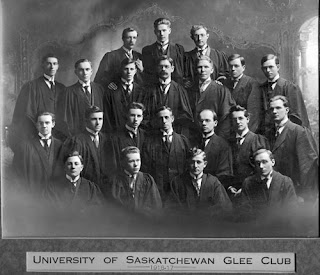 I bet these guys wouldn't let Puck knock them up.
Okay, so I'm 3 episodes behind on Glee (including tonight's episode). The Tofu Muchacha and I just finished watching "Laryngitis".

I have a couple of things to say...

1) I find the show wildly entertaining. It's hilarious... the music is fun. I would honestly listen to Britney say dumb things all day long.

2) It makes me wish my high school had a glee club (or really... let's be honest.. Show Choir is really what they are.)

3) I'm fairly certain that if Mr. Schuester ever does a rap again (see: Gold Digger, Ice Ice Baby, etc...) that I may die of embarrassment FOR him.

4) Lima, Ohio... while not a particularly interesting place maybe, can not possibly have that kind of concentration of ridiculous vocal talent. I mean... I know it doesn't. I have been there. To have the crop of 7 or so really excellent singers the main high school has is already less than plausible, but then add in the "ghetto" high school and the high school where Vocal Adrenaline lives... no fucking way.

5) Also there's no way that Will Schuester, being the complete and total weenie that he is, would be considered such a catch for the 13 or so women throwing themselves at him at every turn. What was it? The weird attraction to hanging out with teenagers? The being flat-ass broke? The rapping? Please don't tell me it's the rapping. I won't be able to stand it.

6) More on the rapping... You can NOT convince me that, were Mr. Schuester to rap the way he does, the kids find him even remotely cool. They all seem to like (or at least tolerate him). If that guy walked in and started in with Gold Digger in any classroom I was ever in during high school, he would have lost every ounce of coolness immediately. We certainly would not have joined in. Even if we were living in a weird musical world like these people.

7) Does anyone else find it absolutely hilarious that this glee club full of supposed losers (who are all insanely hot for high schoolers) has a full fucking band at their disposal? It's not just that the music starts like it does in most musicals, but they are even all "Hit it fellas!", and then this flawless, amazing rock band just picks the perfect key and starts absolutely KILLING it. Every song. So you're telling me that not only does this town have an unusually high rate of talented singers per capita, but also of studio quality musicians. (all under the age of 18).

8) I know the show is trying to sell the whole "Everybody hates Rachel Berry" thing... but are we supposed to? I mean... I kind of do. Even though I love Lea Michelle.

Anyway... these are just some quick thoughts... I will write a full post on the season once it's complete and I've seen all the eps. It's definitely been one of the more enjoyable shows I've watched this year... but it's also totally insane. I can't tell if that's on purpose. I'll have to think about it.

OH... Please no spoilers in the comments.
Posted by Beefy Muchacho at 11:14 PM

Yeah, I have to agree on the whole Will rapping thing, that just doesn't work. He's a good singer, a good performer, but by god the man is whiter than wonder bread.

So white, he makes you look like Suge Knight.

Love glee too man. But not gunna lie. Didn't like that episode. I was embarrassed for everyone and couldn't take the soul baring. But good lord! Your almost to the lady gaga episode. I shit my pants. ^_^