In my "6 Days to Disney" blog coming up later today I've been forced to make a very tough decision.

You see... I've got 6 more Disney Blogs to write, and I have 7 topics. Not only that, but I've sort of painted myself into a corner, because I've built up this "Top 5" thing and now I've got 7 more things I want to discuss and 6 more days. I'm a little crazy, apparently, because I'm going to feel genuinely sorry about leaving out the 7th thing. So I've come to a decision... I'm going to blog about all 7, and they're not going to be ordered.

Looking back, I've already written about a bunch of things that I could have placed in my top 5. It was just asking too much of myself to take all of the thousands of things I love, or have loved about Walt Disney World, the non-person thing I've loved most in my life, and take them and actually rank them in some sort of un-scientific way.

Now... I think that, given a set of Disney things, I could actually rank them in order (if also given categories), but I didn't do that... Too late for that. So anyway, I'm going to give you my Final 7 items.

My god... A daunting list. Exactly why I've decided to go this route. How can I possibly pare down such a group? I can't. You're looking at perhaps the heart and soul of the Disney Experience for me.


So anyway... 2 more for tomorrow, and then one more a day through Sunday to complete my quest....and then...on to Disney World.

Oh..one final thing... I went to the Ohio Renaissance Faire yesterday and had me a Giant-ass Turkey Leg. I did this only for the purposes of a post following the trip wherein I compare and contrast the Turkey of Renaissance-era Ohio and that of Walt Disney World, circa 2009. Here's a sneak peak: 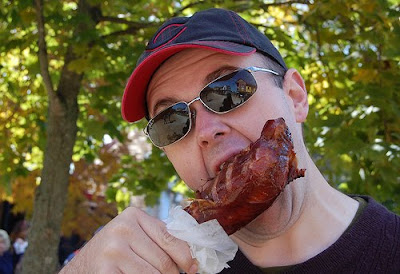 Email ThisBlogThis!Share to TwitterShare to FacebookShare to Pinterest
Labels: 30 Days to Disney, blogging, Disney, Disney World, I am Insane